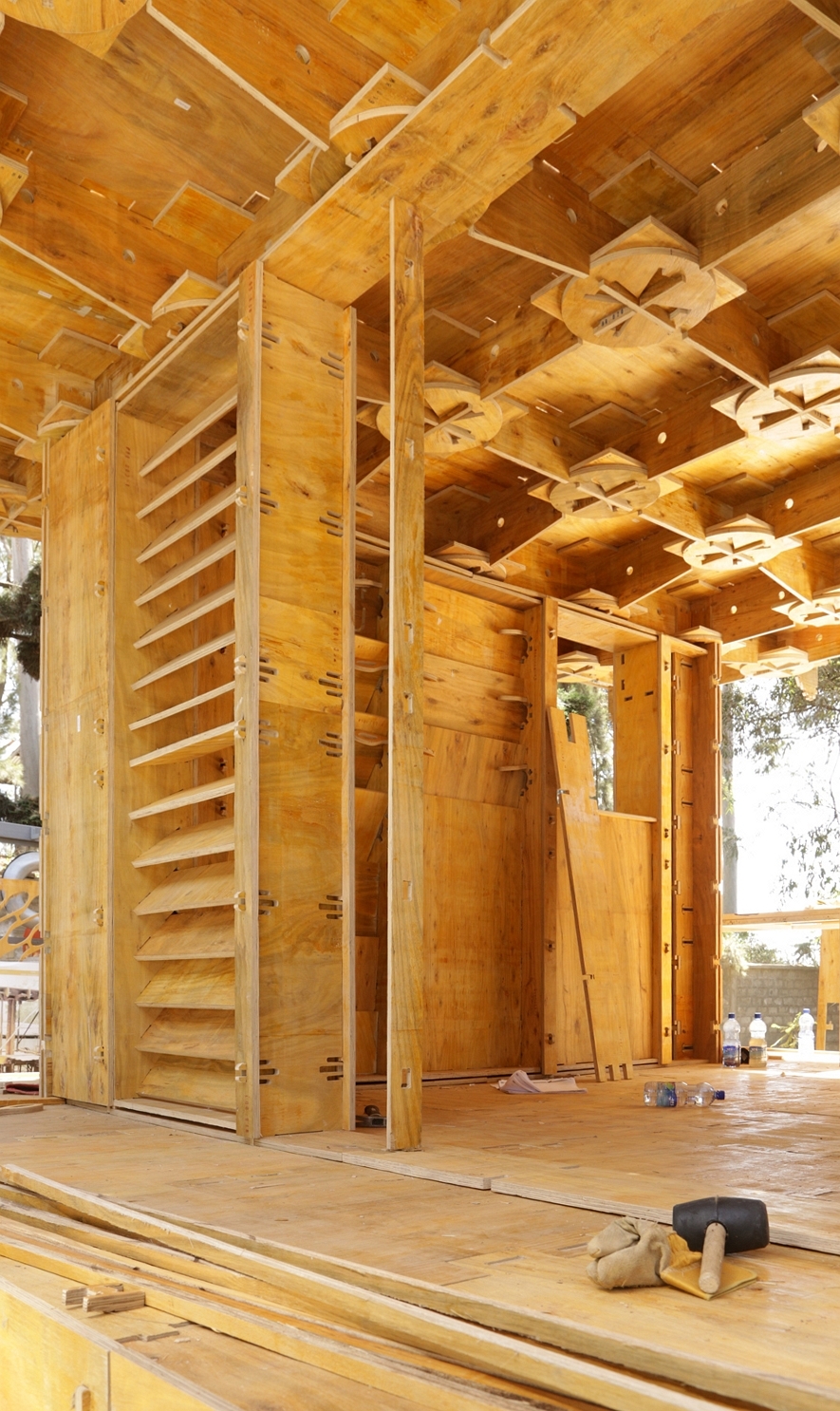 How co-design, prototpying and access to knowledge contribute to adapted urbanisation strategies

The primary aims of CTR were to strengthen the praxis orientation (1:10 and 1:1 scale prototyping) and interdisciplinary composition of architecture education in Africa, as well as involving the private sector (new business models). By doing so, research and teaching portfolios, which reflect African reality, are also improved in Germany. The project in particular offered a unique framework to strengthen already established competencies (praxis orientation and interdisciplinary) of the Bauhaus University (BUW), as well as to build new capacities with regard to architecture in Africa, to integrate before-mentioned Bauhaus qualities in African architecture education and to create a functioning dissemination and up-scaling model.

The project included the realisation of three experimental prototypes in scale 1:1. The first, material-oriented, building prototype SECU – Sustainable Emerging City Unit – was realised in only three months, introducing the potential of highly compressed straw panels as a load-bearing building material in the context of a two-story building. SICU – Sustainable Incremental Construction Unit was the second, process oriented building prototype, involving also the community living in a highly dense neighbourhood of Addis Ababa to design an incremental housing unit through a participatory design process. The third, design oriented prototype MACU – Mobile Automated Contemporary Unit – integrated the environmental constrains in a holistic design and realisation process of a multi-purpose and flexible functional building unit, produced out of high-end prefabricated element that were customised using CNC machines. The aim was to develop such a small scale parameterised modular housing strategy which is flexible enough to suit the local needs of both Ethiopian and South Sudanese project partners.

All three prototypes were developed using collaborative methods and participatory online tools. Both the process and the resulting outputs were documented and disseminated online in a transparent fashion, starting from early ideation stages up to the final building blueprints, published under an open hardware license. 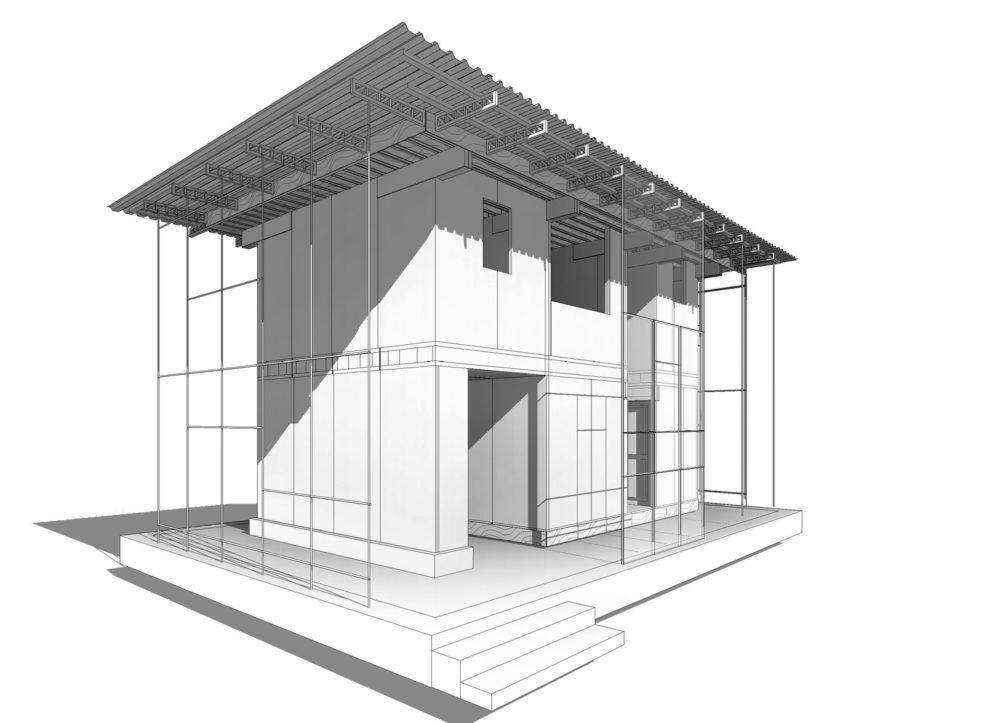 The first building prototype SECU was realised in only three months, introducing the potential of highly compressed straw panels as a load-bearing building material. 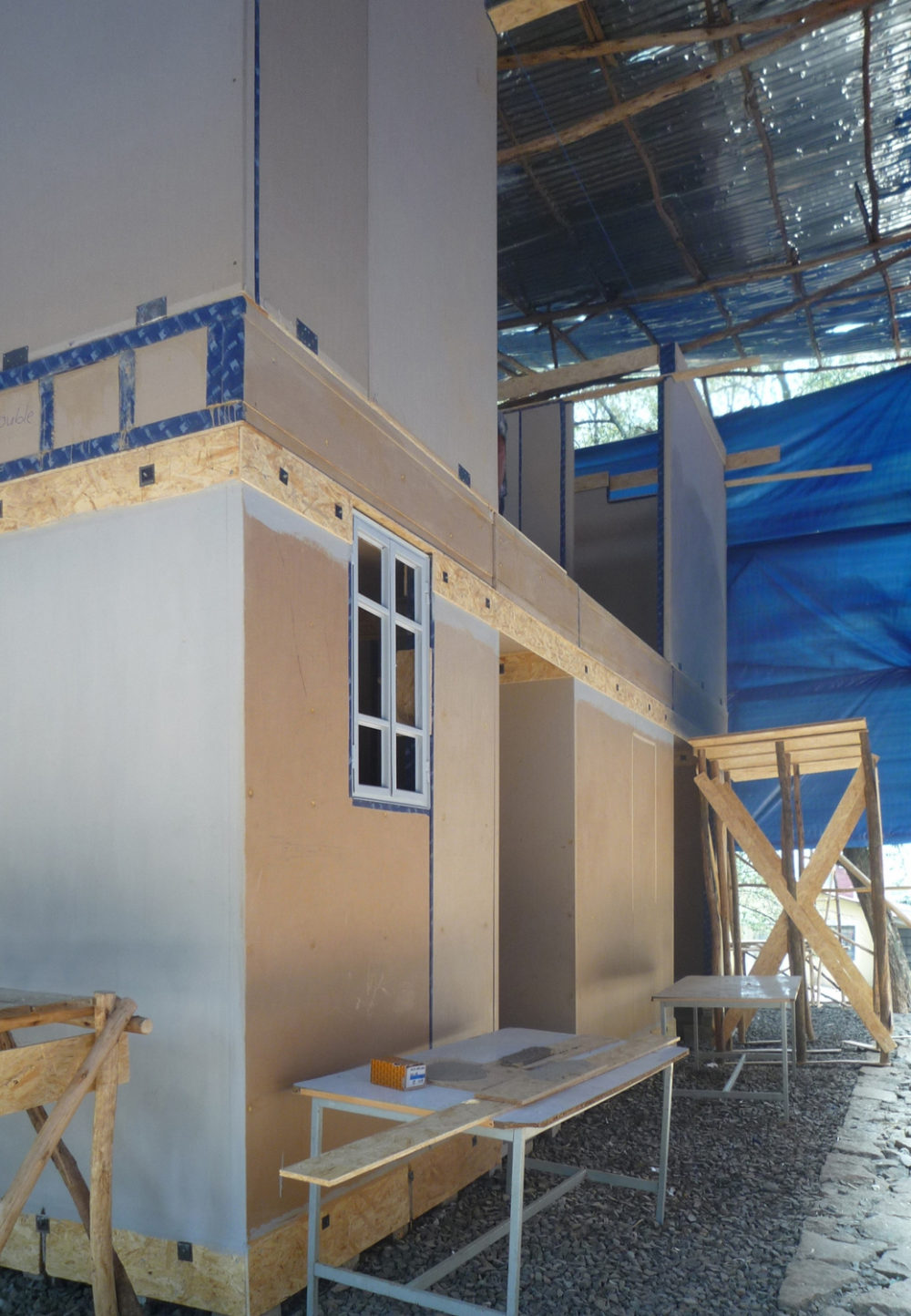 The 1:1 scale prototype was erected on the EiABC campus in Addis Abeba with straw-panels imported from Germany, while options for future local production of the panels in Ethiopia were assessed. 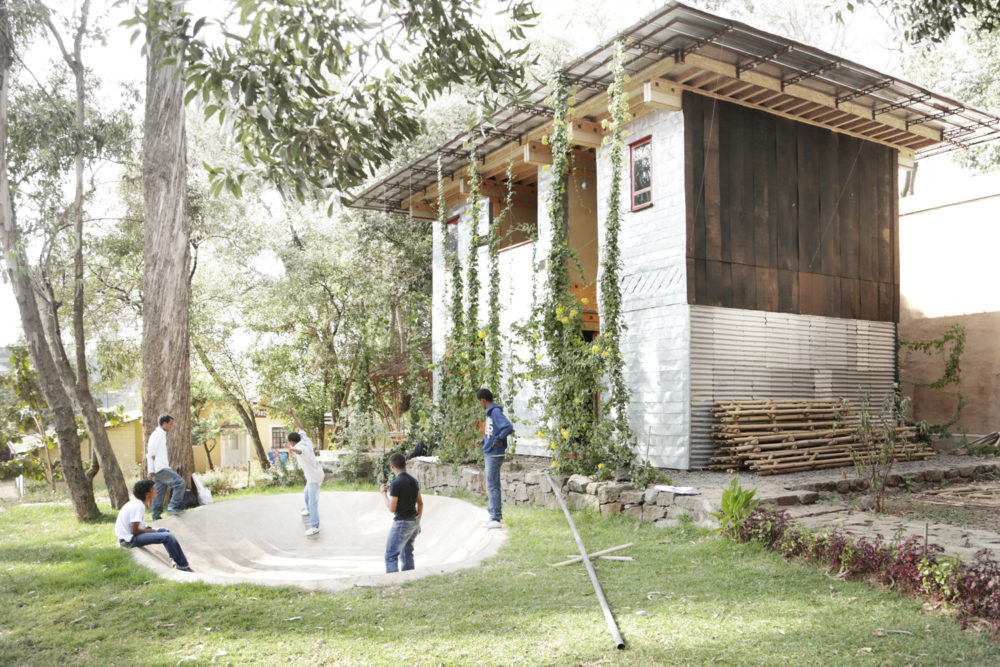 The project included the realisation of three experimental prototypes in scale 1:1 over the project runtime of three years. 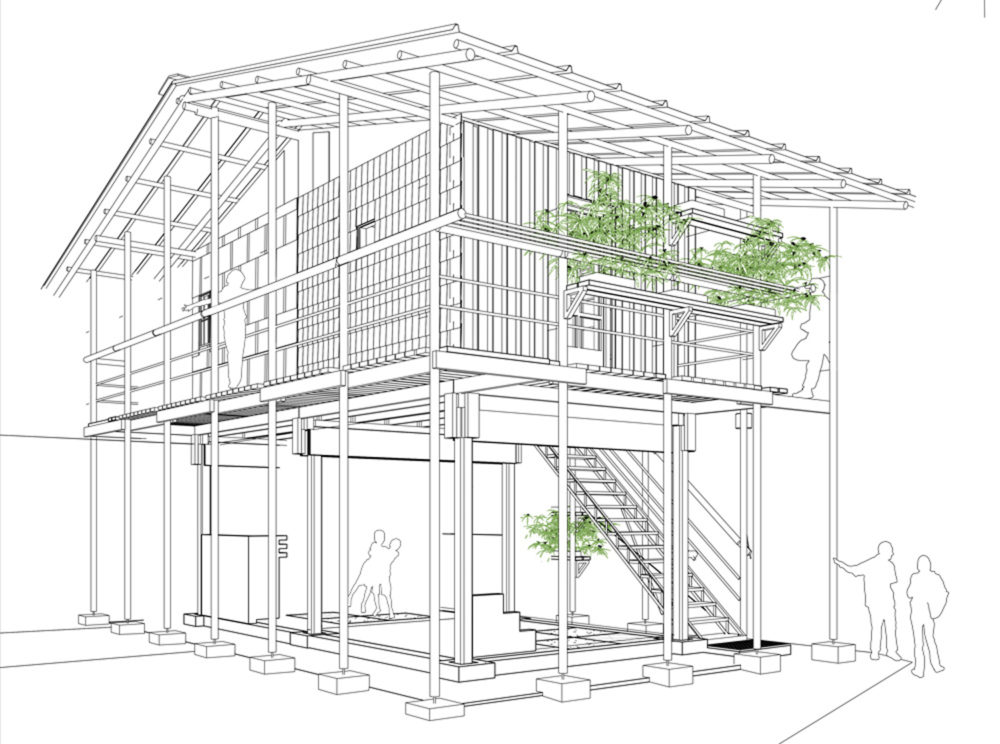 The basic SICU module was designed to be improved, adapted and expanded later by the inhabitants themselves depending on their shifting needs and resources. 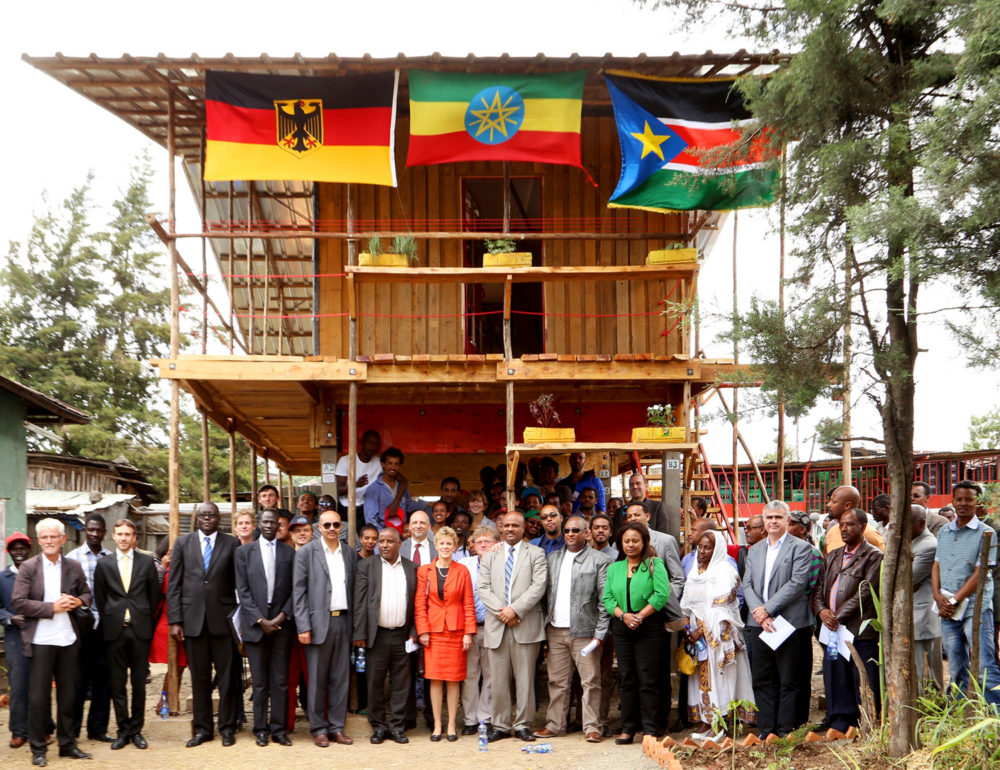 The SICU prototype was the product of collaboration between different universities, the local city administration and the neighborhood comunity, and was awarded bronze in the Regional Holcim Award 2014 Africa Middle East. 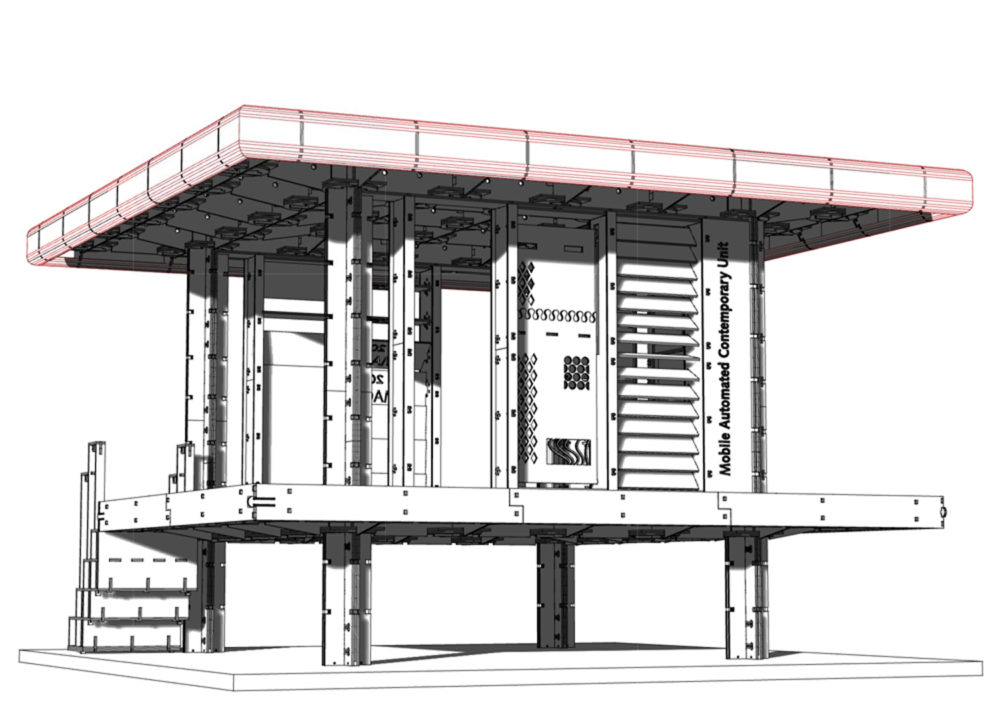 The aim of MACU was to develop a small scale parameterised modular housing strategy which is flexible enough to suit the local needs of both Ethiopian and South Sudanese project partners. 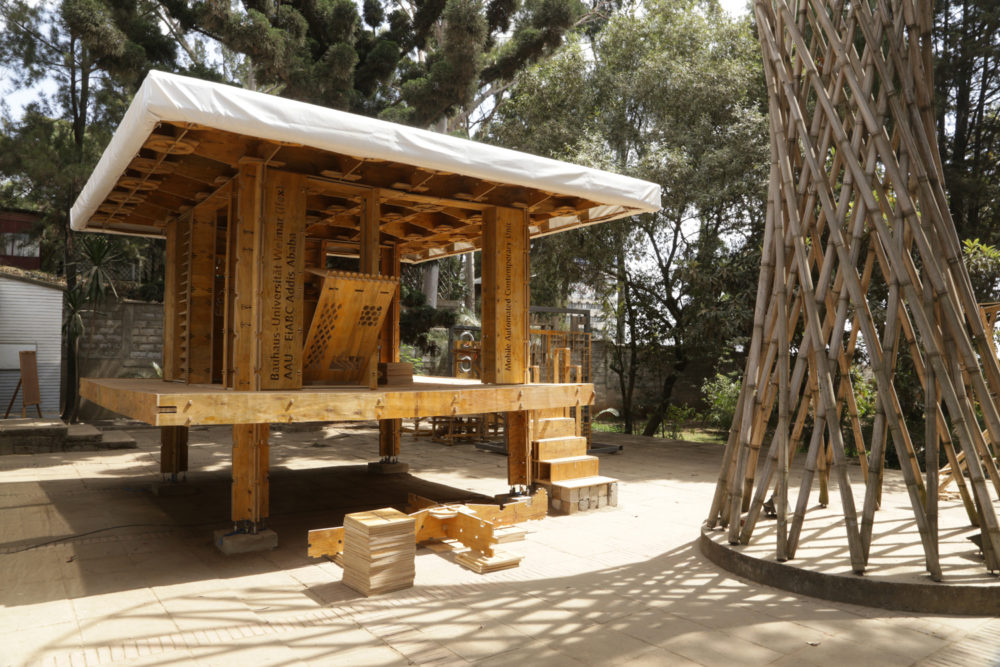 MACU is a construction system made up of basic units, published under an open hardware license to be expanded, elaborated and adapted indefinitely based on local requirements and circumstances. 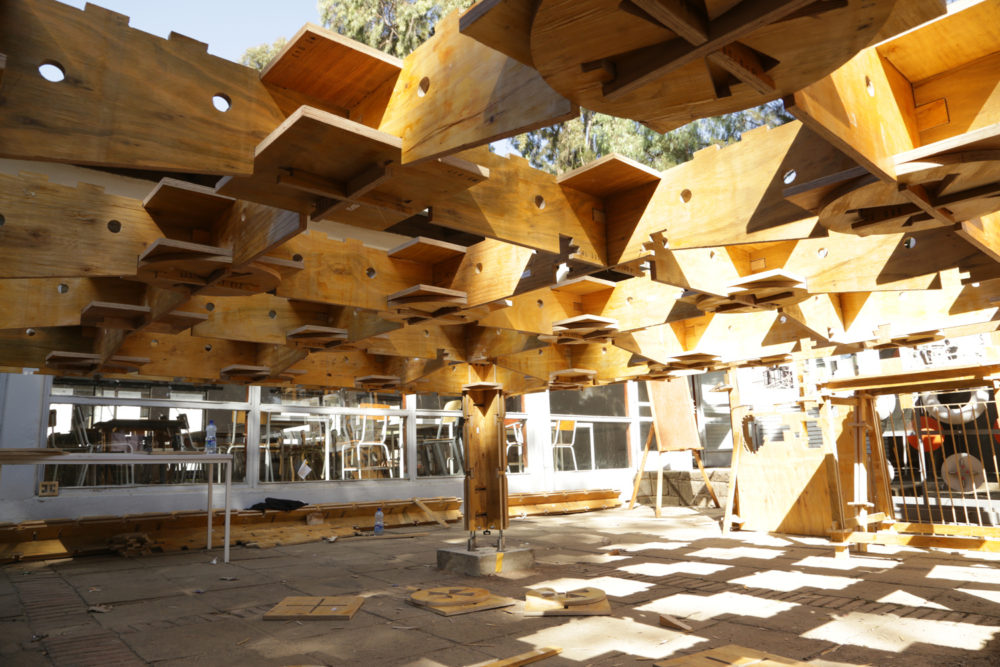 MACU consists completely of CNC milled plywood which is produced in Ethiopia out of Eucalyptus. It has no screws or nails and the only tool nessecary for assembly is a rubber hammer.