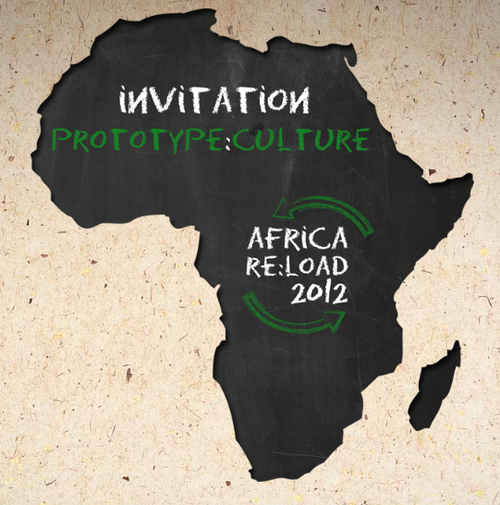 A year has passed since the first africa re:load gathering in Weimar in August 2011 and icebauhaus has since completed its initial experimental and explorative phase.  Against this background, we aim to develop africa re:load as an annual convention and camp for the icehubs community and wider network. An informal, participatory and friendly setting of the second edition of africa re:load in 2012 in which to meet other inspiring persons, get updated on relevant innovative products, prototypes and concepts, to brainstorm new partnerships and projects and to regenerate intellectually outside of the everyday working context by contrasting and mixing – africa:europe, academia:industry, innovation:business, local:global.

The “semi-open” format we chose for africa re:load 2012 proved effective in both leaving room for a diverse range of participants and topics while also focusing on networking and learning through the opportunity of pre-engagement. The emerging mix of topics was gradually clustered into sessions and group sessions, resulting in the four overarching themes: Green Energy, Green Construction, Design and Communication and Networking Entrepreneurs.

This year’s motto prototype:culture symbolises the maker and DIY subculture, i.e. the practice of developing ideas yourself via rapid prototyping, tinkering and experimentation, factors which are both key to the icehubs philosophy and at the core of the classic Bauhaus movement. It also refers to how we now collaboratively shape our globalised culture through the process of “bricolage”, i.e., by continuously creating cultural objects, ideas and values by re-mixing what is at hand. africa re:load 2012 was in a sense an experimental prototype of future re:loads in which you are invited to participate. 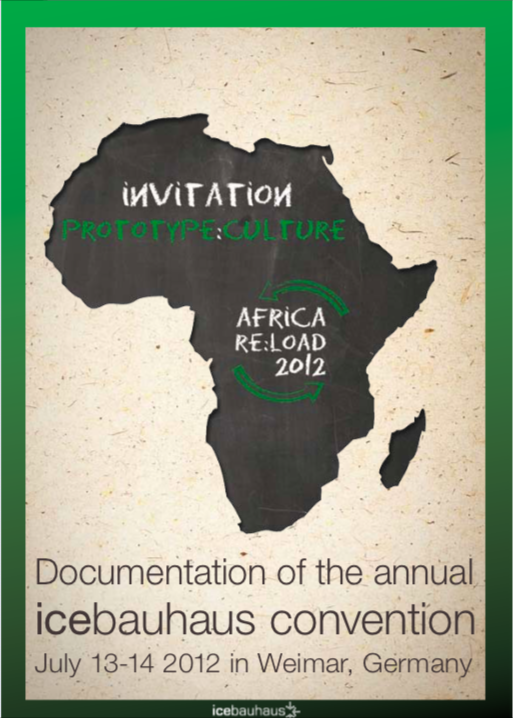 The second edition of the annual networking event was organised by icebauhaus and hosted by Bauhaus University Weimar, with support from GIZ.

The official motto was “Prototype:Culture”, symbolizing both the the “maker culture” ideals of collaborative experimental tinkering and globalized culture as generated via contiuous prototyping within new international networks such as icehubs. 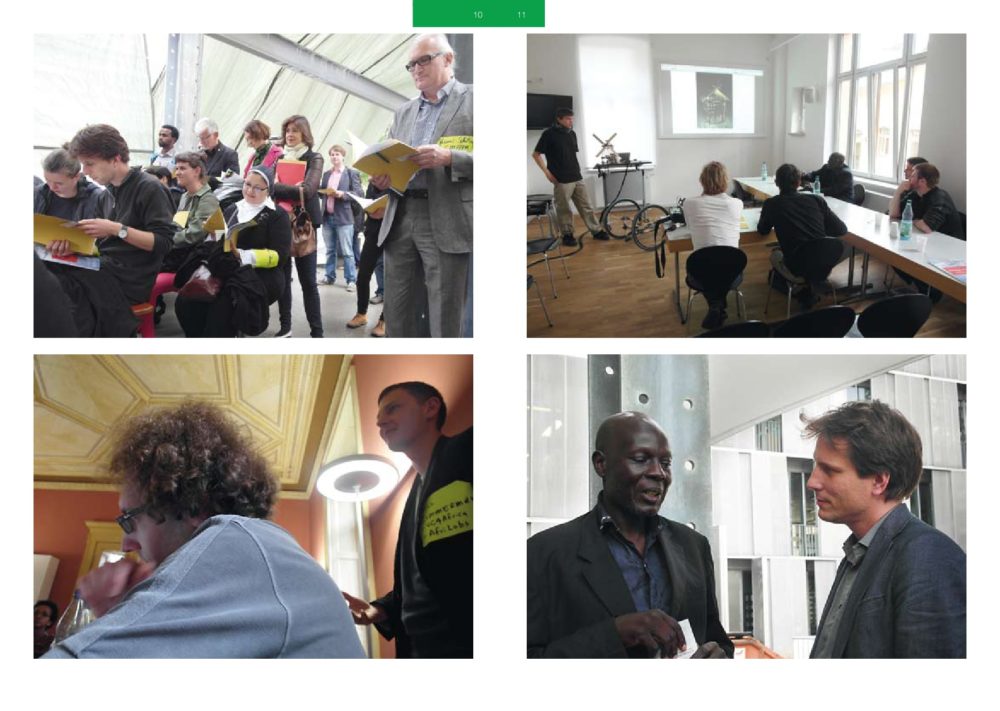 Main assemblies took place outdoors on the campus, while dedicated sessions were hosted in different facilities of Bauhaus University in Weimar. 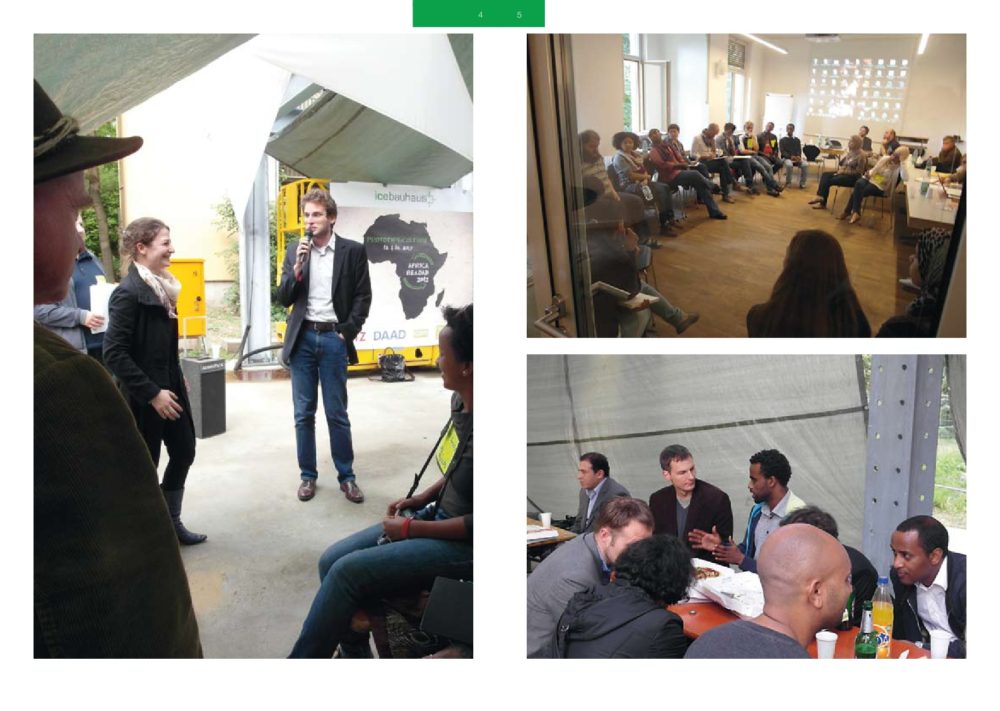 africa re:load was once again an opportunity for international knowledge exchange in the space between academia, private sector and development cooperation. 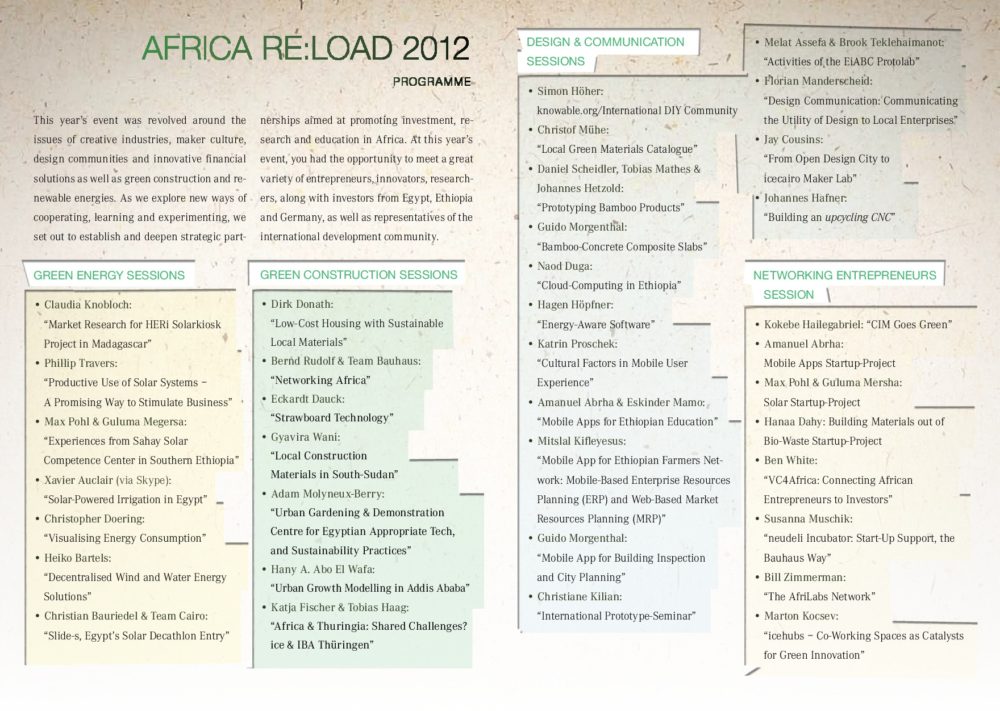 The 2012 edition of the africa re:load was programmed around four main tracks: Green Energy, Green Construction, Design and Communication and Networking Entrepreneurs.