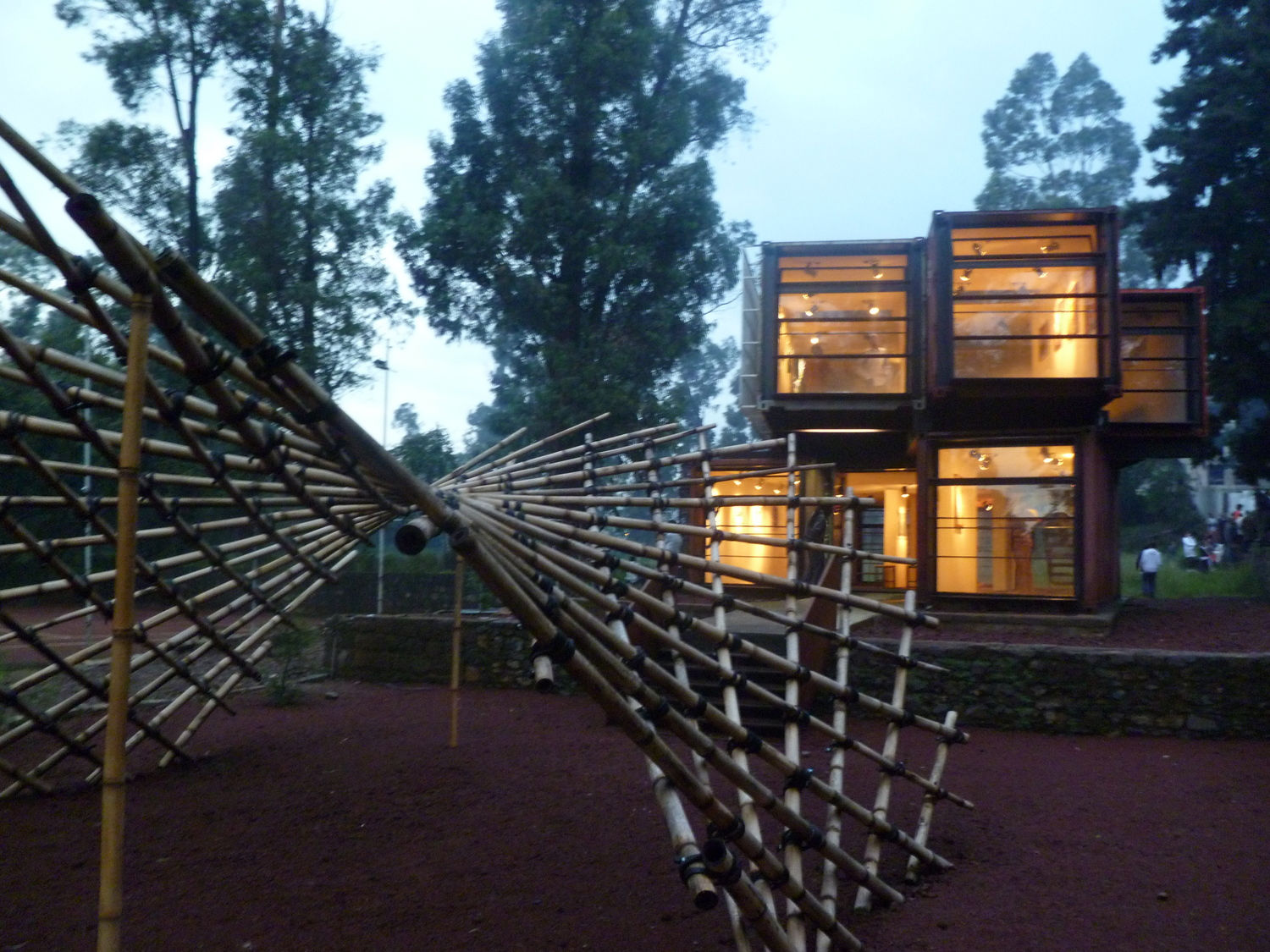 How the German icebauhaus was invented in Africa

icebauhaus emerged as an organisation through a longer process involving the combined efforts and activities of several individuals, that can be traced back to Ethiopia in 2010. At that time, Ethiopia’s first innovation hub, iceaddis was conceived as an experimental collaboration between GIZ and the Ethiopian Institute of Architecture, Building Construction and City Development (EiABC) together with local students, developer and blogging communities. Out of cooperative activities with Bauhaus University Weimar, icebauhaus developed first as an idea and label used by the initiating team for connecting German expertise and resources to the African innovation network and later found its more formal organisational structure. Barcamp Ethiopia represents one of the first transformative activities of this still ongoing journey.

The first Barcamp in Ethiopia in 2010 finally counted around 350 participants on each of the two full days of sessions that ran in parallel in five rooms, including international visitors from Sudan, Europe, Russia and the USA, with an opening party the night before and a closing party on each of the two session days. To give anyone the chance to attend, even a poor student from a remote town, the whole event – including transport, accommodation, food, equipment and printed materials – was financed by sponsors and had no attendance fee.

The event was developed as a constructive chaos in which many decisions had to be made ad-hoc by whomever was faced with a problem. How can we accommodate participants in dorms that are still being renovated? When, where and to whom do we hand out meal-tickets? How do we find enough space for more popular sessions? How do we effectively announce the frequent changes of schedule?

Because a main purpose of the first Barcamp Ethiopia was to provide participants a space to network, entertainment and fun were important ingredients throughout the event. Starting with socializing during the planning phase, then the opening party, coffee breaks, lunches and dinners together, an art exhibition and bands playing into the night. It is impossible to account for all positive effects that sprung out of Barcamp Ethiopia. To mention just a few concrete examples:

> Student council members and other active students from different Universities have now started exchanging experiences and working together to improve their studying conditions, including delegations visiting each other’s Universities.

> Inspired by sessions and networking around the topics “female role-models” and “peer-pressure”, a girls-club has been established by students at EiABC to promote female stakes in education.

> Collaboration between Universities and an NGO around inclusive education and adaptive technologies for the Blind has been strengthened.

> All participants learned a great amount about the application of different digital technologies, as well as new methods of learning, planning and developing together.

> Many students and faculty gained a clearer picture of what is happening in Universities other than their own, nationally as well as abroad, which helps them to better evaluate, compare and help develop their own educational context.

For all of us, Barcamp Ethiopia, its preparation and the event itself, was an exciting, inspirational and memorable experience that stirred up many new ideas and gave us new acquaintances and friends.

The first Barcamp in Ethiopia in 2010. Hosted by iceaddis at the EiABC camous in Addis Ababa.

barcamp-style un-conference organisation: The participants themselves suggest and facilitate the sessions.

Barcamp Ethiopia was all about issues that most concerned the participants themselves, the majority of whom were students and lecturers of Universities in different parts of the country.

A session on assistive technology for the blind, hosted by activists from a local NGO. For many participants this was the first time they heard about and experienced tools such as screen readers and acoustic browsers.

While the majority of participants stemmed from the local Universities and tech communities, other participants joined from as far away as Russia, Germany and Sudan.

The motto of Barcamp Ethiopia 2010 was “New Learning | New Thinking | New Behavior”. Each of the three un-conference days ended with a musical performance by popular local acts,